The building of a wall between the United States and Mexico is a key part of President Donald Trump’s immigration strategy.

However, the building of the wall in Texas is complicated by the fact that many of the parcels of land it would cross are privately owned.

Recently, the Texas Tribune reported on how a group of Texas lawyers launched a campaign to make sure property owners are properly compensated if the Trump administration opts to seize land for the wall.

The group is called the Texas Civil Rights Project. It says it will focus its work to make sure lower-income landowners who may lack the expertise to fight the complex imminent domain process don’t lose out. 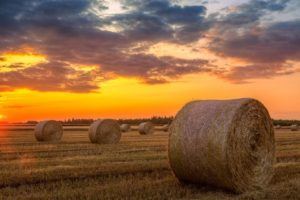 The U.S. Department of Homeland Security is expected to progress plans to build the wall over the next few months.

However, the government has backtracked on Trump’s original plan for a coast to coast barrier.

Homeland Security Secretary John Kelly said a coast-to-coast barrier isn’t likely to happen. The government will instead change its focus to a combination of technology and a physical wall.

The Homeland Security Department said in a memo that the Texas’ Rio Grande Valley area would likely be home to nearly 36 miles of new construction when the building phase of the wall begins.

Landowners in the Texas border areas have recent experience of fighting the federal government over eminent domain issues.

In 2006, under the federal Secure Fence Act, the government said it would build about 700 miles of a steel barrier on the border with Mexico. Hundreds of lawsuits were filed by Rio Grande Valley property owners.

Although Trump promised to build a “great wall” during the election campaign to reduce the influx of unauthorized immigrants from Mexico, there are question marks over Congressional funding.

In May, the federal government said it will narrow the list of companies bidding to build prototypes of a U.S.-Mexico border wall, USA Today reported.

However, some bidders are skeptical about whether a 1,900-mile border will be built.

Michael Hari whose Illinois-based company, Crisis Resolution Security Services has submitted a design said it has not been a serious process from the outset. He said:

“Right from the get-go there were conflicts, there was not enough time given to it, to develop a reasonable process that would result in a wall getting built.”

The Trump administration’s tough stance on immigration appears to be reducing illegal immigration without a wall.

At Peek Law Group we help many immigrants to establish a foothold in the United States. Please contact us for a consultation at (512) 399-2311.