As immigration quickly emerged as a key issue of the 2016 Presidential election, many green card holders sought citizenship so as they could vote.

A massive backlog also meant many of them failed to make it in time to cast their vote.

Recently, the Washington Post reported how immigrants who were concerned about the anti-migrant stance taken by Republican nominee Donald Trump rushed to vote in the elections. For many it was too late. 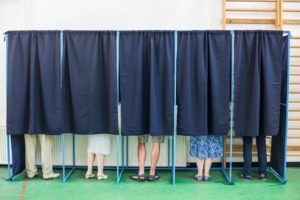 The news article cited the case of Agustin Gomez, a Las Vegas resident who held a green card for 17 years. The cook sought citizenship to vote against Trump.

He endured months of waiting and was finally told by U.S. Citizenship and Immigration Services (USCIS) the scheduled date for his naturalization interview would be on Nov 8 – the day he hoped to be voting against Trump.

Many Green Card Holders Failed to Gain Citizenship to Vote

Although Hispanic immigrants were expected to be anti-Trump because of his stance on immigration, the Latino vote for Trump was higher than commentators expected. According to NBC News, as many as 29 percent of Latinos may have backed the winner.

The revelation raises questions about the efficiency of USCIS systems as well as democratic questions. A report from National Partnership for New Americans warned the delays threatened to create “disenfranchisement danger zones.” The partnership’s research found almost 930,000 people applied for citizenship, a rise of almost a third over the same period in 2015. The backlog to process applications rose 31.2 percent since 2015.

The Post reported on concerns raised by Department of Homeland Security Inspector General John Roth over the IT systems used by USCIS. The report branded them outdated and said USCIS had improperly approved more than 850 applications for citizenship

You can read more about citizenship here. We can’t speed up the outdated USCIS computers but we can ensure you do everything on your end to minimize delays in the process.

Please call our Texas family immigration attorneys for a consultation at (512) 399-2311.