When an undocumented immigrant commits a crime of violence he or she faces deportation and loses possible recourse to fight it such as cancellation of removal or withholding of removal.

However, the U.S. Supreme Court is to look at the “crime of violence” definition amid concerns it’s an unconstitutionally vague term.

Recently, The U.S. Supreme Court granted a petition for a writ of certiorari in the case of Lynch v. Dimaya. The justices will decide whether part of the definition of “crime of violence” is too vague and possibly unconstitutional following a hearing by the Ninth Circuit Court. The Ninth Circuit stated the deportation standard needs to be very clear. 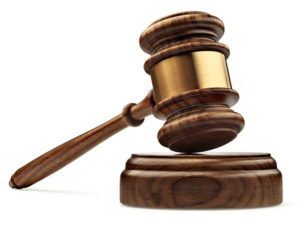 The U.S. Supreme Court will look at the “crime of violence” definition

The “crime of violence” definition is important in the context of the Immigration and Nationality Act. When an undocumented immigrant is found to be guilty of an “aggravated felony” he or she is deportable. The immigrant is deemed to be ineligible for relief from deportation. This relief usually takes the form of.

At Peek & Toland we help many undocumented immigrants in cancellation of removal proceedings in Texas. In some cases, these immigrants have been convicted of crimes.

Aggravated felonies include convictions for “a crime of violence.” They are defined as offenses which carry a term of at least one year in prison.

Defining a Crime of Violence

The Immigration and Nationality Act defines a crime of violence as follows.

It’s not as straightforward as it seems. The nation’s highest court has stated the analysis of offenses to ascertain if they meet a standard should entail the “categorical” method. This means the judge considers the category of crime and decides whether it fits into the standard for a crime of violence.

The case of Lynch v. Dimaya concerned burglary. While a resident may face violence during burglary if the burglar is confronted, it’s a gray area. The immigration judge decided it was a crime of violence and the Board of Immigration Appeals agreed. However, the Ninth Circuit Court of Appeals disagreed and said the crime of violence definition was unconstitutionally vague and could lead to inconsistencies.

The U.S. Supreme Court will now look at this definition further. If the crime of violence phrase is deemed too vague by the justices, it may end up in the hands of Congress to work out a more precise definition.

If you are in need of cancellation of removal or withholding of removal our Austin family immigration lawyers can help. Contact us here for a consultation.