We hear a lot of negative things about undocumented immigrants and the success stories are often hidden. A high school valedictorian helped readdress the balance when she revealed her status during a graduation speech in Texas.

Larissa Martinez is Yale-bound. She used her valedictorian speech at McKinney Boyd High School in McKinney, Texas on June 3 to convey the “unexpected realities” of being undocumented in the United States. 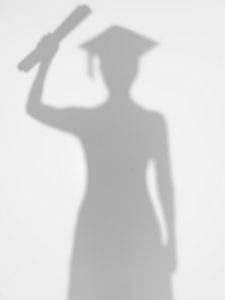 The speech provided a different perspective on the debate about undocumented immigrants which has come before the U.S. Supreme Court. President Obama’s deferred action for childhood arrivals program (DACA) is described here on our website. Martinez fits the criteria.

During her speech, she described herself as “one of the 11 million undocumented immigrants living in the shadows of the United States.”

Martinez said she had decided to speak out about her status in her speech because it might be the only chance she had to convey the truth to a wider audience.

She spoke of the importance of embracing immigrants, appreciating what they have to offer as well as detailing the obstacles she faced to academic success while she charted a course to Yale. Martinez won a full scholarship and hopes to become a neurosurgeon.

In a speech that had echoes of the famous oratory of Dr. Martin Luther King Jr., she made the case for other immigrants, praising “people with dreams, aspirations, and hopes.”

She said immigrants rather than a wall built on “hatred” would help make America great again.

Martinez’s teachers said they recognized her great potential ever since her freshman year.

Success stories like this make headlines, but they are far from unique. There are many cases of immigrants from Mexico and elsewhere who come to the United States with little education but go on to great things.

The case of Luis Govea, who hardly knew a word of English when he moved to Texas from Mexico six years ago, was recently featured on NBC News.

The 18-year-old was the valedictorian at Irving High School in Texas. He has won a full scholarship to the prestigious Stanford University, which he will attend in the fall. He won his scholarship through a program called QuestBridge that links academically gifted students from low-income backgrounds to top universities across the U.S.

He said his family was incredibly supportive in backing his academic career after he arrived in America in 2010.

A recent academic study from California found Mexicans are the most successful immigrants in the United States when their starting point is taken into consideration.

If you or your child is an undocumented immigrant who may benefit from deferred action, you will likely be facing a large amount of uncertainty. Our Austin family immigration lawyers can help you. Call us for help at (512) 399-2311.