Immigrant smuggling is defined by U.S. Immigration and Customs Enforcement as the importation of people into the United States as a way of deliberately evading the law.

The laws in question are immigration laws. The offense includes the bringing of illegal immigrants into the country and the unlawful transportation and harboring of immigrants who are already here illegally. ICE states some smuggling scenarios also include serious crimes like rape, murder, and assault. 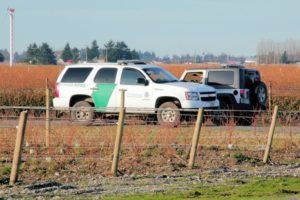 Recently, the TV news station KXAN reported on how a former school district maintenance worker from Austin and his wife smuggled more than 500 immigrants who lacked documentation into the United States from Mexico.

San Juana Valdez Menchaca, a 54-year-old woman, was sentenced to 70 months in federal prison. Her husband, 57-year-old Julian Perez Perez, received a sentence of 33 months. Perez is a former Austin Independent School District maintenance worker. The couple pleaded guilty to one count of conspiracy to transport undocumented aliens on July 7, 2016.

The report on KXAN said the couple ran an elaborate scheme. Smuggled immigrants would be sent to destinations across the country.

The Department of Justice said the couple was involved in immigrant smuggling for 10 years. They were finally arrested in April this year. The operation involved a network of co-conspirators from Mexico. They usually took the new arrivals across the border near Laredo and brought them into the Austin area. They were sent to final destinations in states including North Carolina, Florida, Alabama, Virginia and Kentucky, ICE stated.

Investigators said the couple made millions of dollars from the scheme. Family members of the immigrants would deposit payments for immigrant smuggling into back accounts ran by the couple. They were ordered to pay $1.173 million – equivalent to the amount they obtained through the smuggling operation and $10,000 in fines. U.S. District Judge Sam Sparks ordered them to forfeit their home in Cedar Creek and more than $100,000 seized on the day they were arrested.

The arrests were the culmination of a joint investigation by Homeland Security Investigations agents and the Austin Police Department.

Alien or immigrant smuggling often crosses state lines and is investigated at a federal level. That means the penalties on conviction are very serious.

If you are being investigated or have been charged by ICE, call us today for a consultation at F:P:Sub:Phone}.