The extreme hardship waiver may help you overcome certain grounds of inadmissibility to the United States if you can prove a relative will face tough times in the country without you.

If you have been living illegally in the United States for more than a year, it’s possible to become a legal resident once you have left the country and served a 10-year re-entry ban.

A decade is a long time to be away but in some cases, immigrants who claim a family member may suffer extreme hardship and avoid the 10-year banishment rule by receiving an extreme hardship waiver or a “601 waiver.” 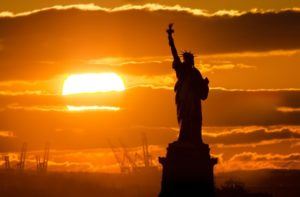 The extreme hardship waiver can help arrivals to the United States

Under the existing immigration laws, certain undocumented immigrants – notably the child or a spouse of a U.S. Citizen or a permanent resident, are eligible for immigration visas to leave the U.S. for an interview at the American consulate in their country.

However, when that immigrant returns to their own country, he or she could face a three or 10-year-ban from entering the U.S. again.

Exemptions have been in place to allow some undocumented individuals to waive the ban.

What Does USCIS Base its Extreme Hardship Waiver Decision on?

U.S. Citizenship and Immigration Services carefully considers the needs of the barred individual’s immediate family members. While obtaining a waiver based on the grounds of inadmissibility will go a long way to deferring a deportation, it’s certainly no guarantee that the beneficiary will secure lawful residency.

From 2013 onwards, the provisional waiver is applicable while an immigrant was in the U.S. Before then, if you were an undocumented immigrant you had to depart the United States for the consulate interview. You then had to apply for the waiver. The 2013 waiver is only valid for spouses and children of U.S. citizens.

What is the Definition of Extreme Hardship?

Extreme hardship is when your absence leads your relative to experience greater difficulties than if you remained. It has to be a tangible detriment. It’s not enough that your relative will miss you.

A relative’s serious medical condition can count as extreme hardship. The relative’s inability to look after another sick relative or extreme debt could count if your relative depends on you. If your child is a U.S. Citizen by birth but you are undocumented, your child would depend on you to survive. These scenarios sparked the movement for reform that led to President Obama’s deferred action orders which have stalled in the courts.

People who believe they can qualify for an extreme hardship waiver should file an I-601 application for a waiver on the grounds of inadmissibility. They are also required to pay the fee.

There is no objective test. Instead, each application is weighed on a case-by-case basis. USCIS is often accused of failing to apply the standard consistently.

These waivers are a complicated area. Our Austin family immigration attorneys can take on your case and help you work your way through the minefield. Call Peek Law Group at  (512) 399-2311.