A case to be heard by the U.S. Supreme Court will hear a disturbing defense claim. Lawyers for a Honduran claim he was handed the death penalty in Texas because he was living illegally in the state.

Earlier this year, the U.S. Supreme Court agreed to hear the Texas death penalty case of Carlos Ayestas. The Honduran is arguing a federal appeals court made a mistake when it denied him resources to investigate and find evidence of mental illness and substance abuse.

His lawyers claim a jury would not have handed down the death penalty if it heard about his cocaine addiction and his mental problems. 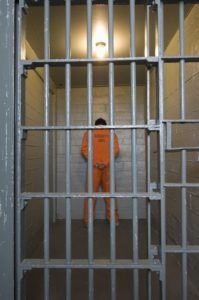 Did Honduran receive death penalty in Texas because he was undocumented?

He was sentenced to death for the murder in 1995 of 67-year-old Santiaga Paneque during a home invasion in Houston.

State officials are dismissive of this speculation from the death row inmate’s defense team.

Ayestas along with two accomplices bound the woman with duct tape before beating her and strangling her to death, according to the state’s brief to the Supreme Court. Ayestas was convicted and sentenced to death two years after the killing.

Later a controversial memo surfaced in 2014. It showed the Harris County District Attorney initially cited one reason to pursue the death penalty in the Honduran’s case – his immigration status.

A report in the Texas Tribune stated almost 20 years after the verdict, Ayestas’ case will be reviewed by the Supreme Court.

His attorneys claim he was denied his constitutional right to nondiscriminatory treatment and effective representation. Although the memo was raised, it’s a secondary factor in the case.

Ayestas is not the only death row inmate to claim his status as an undocumented immigrant landed him there.

A report in The Tribune claimed of 251 men and women languishing on Texas death row, 12 committed their crimes while in the country illegally.

Ayestas apparently traveled back and forth to Texas from Honduras several times. He  re-entered the country illegally in  1994. He ended up in Houston where he was arrested for misdemeanor theft in July 1995. He spent more than a week at the Harris County jail.

If you are arrested for a crime as an undocumented immigrant, it’s important to hire experienced legal representation as soon as possible. In many cases, an immigrant unlawfully in the United States will face deportation. For more serious crimes you could face deportation or even the death penalty.

Please call our experienced Austin immigrant lawyers for a consultation at  (512) 399-2311.