The justices at the U.S. Supreme Court recently discussed whether immigrants should be given a second chance in court if bad immigration legal advice results in a guilty plea and certain deportation.

The Boston Herald reported the high court justices appeared divided during an argument about what to do in cases involving poor legal advice if criminal evidence against an undocumented immigrant is strong and he or she is unlikely to be acquitted.

Lee admitted the offense. His lawyer mistakenly told him a conviction would not lead to deportation, the justices heard. 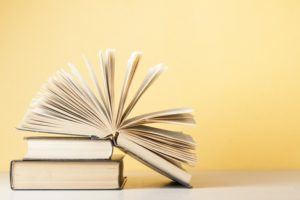 The federal government argued the flawed immigration legal advice is irrelevant because the outcome of the trial would have been the same. The case is seen as important because the Trump administration wants to increase deportations. It is focusing on immigrants with criminal convictions.

Attorneys for Lee say the Korean would have taken his chances in court or demanded a better plea deal from his lawyer, had he realized it might allow him to remain in the United States.

The main issue in the appeal is whether the immigration legal advice to take the deal offered by the prosecutor was bad enough to amount to a violation of Jae Lee’s constitutional right to an attorney.

A federal appeals court in Cincinnati, Ohio ruled the drug evidence against Lee was overwhelming. The judges were of the opinion he would have been convicted had he taken his chances at a trial. Almost 20 U.S. states are backing the arguments of the Trump administration that the ruling of the Cincinnati report should be upheld.

In 2010, The U.S. Supreme Court ruled immigrants have a constitutional right to be informed by their lawyers if pleading guilty to a crime would result in deportation.

Justice Anthony Kennedy appeared to be siding with the administration. He said a ruling in favor of the South Korean would put judges in a difficult position.

“You’re asking us to assess the mindset of a defendant when he makes the plea,” Kennedy said.

Alabama is leading the 19 states in backing the administration’s argument that the appeals court ruling should be upheld.

With as many as 11 million undocumented immigrants living in the United States, the Supreme Court’s decision is likely to prove important.

Given the present upsurge in arrests and deportations, cancellation of removal cases are becoming increasingly important. Read our Austin family immigration attorneys’ resources here or call (512) 399-2311.