We often hear of extradition in connection with serious crimes. The term is usually used when two countries are working together to transfer a defendant from one country to another to stand trial.

Within the United States, federal law, backed up by state laws, controls the extradition of fugitives from one state to another. In the international context, treaties between nations govern extraditions. 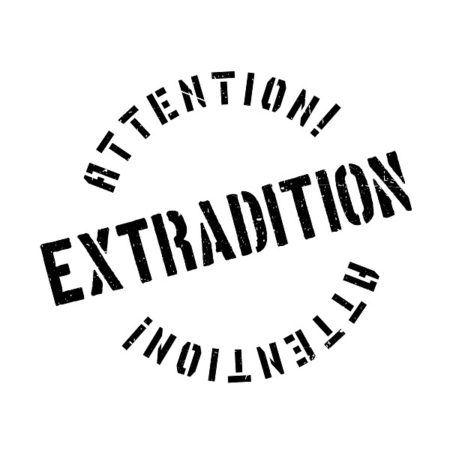 Extradition is often refused if the individual in question will be subjected to torture or the death penalty in the country where he or she will be tried.

International extraditions are governed by treaties between nations. Treaties vary in relation to relevant crimes. Each nation that’s a party to the treaty enacts its own laws which set out protocols for dealing with extradition requests.

Proceedings start when one nation makes a request to another to extradite a suspect. The receiving nation will then review the terms of its treaty obligations and its own laws to gauge whether to release the person requested.

The country making the request must meet a set of procedural requirements.

In addition, most nations require that the underlying offense is something that is a crime under their own laws. Most nations refuse to extradite individuals over criminal charges if the defendant has already been found not guilty.

Treaties are important in the extradition process. The United States has more than 100 with other countries. Usually, the United States will not extradite a person if it has no treaty with the requesting nation. However, it will likely make an exception to the rule where a country requests extradition of a person accused of committing a violent crime against U.S. citizens abroad.

Some extradition requests become lengthy legal battles between nations. An extradition battle has been ongoing since the late 1970s over the movie director Roman Polanski. Recently, the Polish Supreme Court rejected a request to extradite Polanski.

The movie director who lives in France is accused of statutory rape in the United States more than 40 years ago. France does not extradite its citizens. Polanski has dual citizenship with France and Poland.

A prosecutor’s office in Poland sought extradition on behalf of Los Angeles County.

Extradition between U.S. states is dealt with under the Extradition Clause of the U.S. Constitution Article IV. It says:

“A person charged in any state with treason, felony, or other crime, who shall flee from justice, and be found in another state, shall on demand of the executive authority of the state from which he fled, be delivered up, to be removed to the state having jurisdiction of the crime.”

Initially, the state that claims jurisdiction over the alleged underlying crime makes a request for the fugitive’s extradition. A court in the state that receives the extradition request checks if the paperwork for the request is in order. If so, a warrant for the arrest of the person will be issued.

The state court then makes a determination on whether to extradite the person.

The procedure is simpler than when multiple countries are involved. While federal law controls the process, states may have different laws affecting extradition as long as they do not conflict with federal law.

Many U.S. states enacted the Uniform Criminal Extradition Act. It sets out general rules about how local courts should handle extradition requests.

At Peek Law Group , we work in both the federal courts and the state courts in criminal matters. Contact our experienced Texas criminal defense lawyers here.