There are a number of ways to convert an E-2 visa into a green card in the United States.

An E-2 visa is also known as a treaty investor visa. The E-2 nonimmigrant classification allows a national of a treaty country, defined as a nation with which the United States maintains a treaty of commerce and navigation, to be admitted to this country.

To qualify for a visa, the investor must bring a substantial amount of capital into a U.S. business.  Some employees of a qualified person or of a qualifying organization may also be eligible for the E-2 visa classification.

An article in Forbes details some ways that an E-2 visa can be converted into a green card for permanent residence. 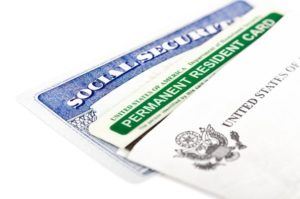 How to convert an E-2 visa into a green card

Ways of obtaining a green card include:

1 Investing in a regional center project

As opposed to pumping $1 million into their own country, an investor can put $500,000 into an EB-5 regional center project while continuing to run an E-2 business venture.

The requirement of creating 10 new jobs can be met via the regional center project. Although obtaining a green card via the EB-5 route may prove to be cheaper, funds will be tied up for at least five years.

E-2 visa holders may invest more money under the EB-5 program at the same time as operating their business. However, investors currently have to find $1 million, invest it in the local economy and create at least 10 jobs. These must be created directly from the funds invested.

3 Creating a New Business Enterprise Outside the United States

An E-2 investor could set up a large enterprise on foreign soil, work there as a manager for a year and return to the United States in the role of a permanent inter-corporate transferee.

The E-2 visa holder could consider getting their spouse to run the foreign company and then come in on the green card, Forbes suggests.

This would allow the spouse to include the E-2 holder as part of their permanent application.

4 Getting an Employer to Sponsor You

The E-2 visa holder may be able to get sponsorship via an employer for a green card.  A worker with exceptional ability may even be able to obtain an exemption (a National Interest Waiver) from a PERM labor certification. The sponsoring employer could not be from the company one founded with the E-2 visa.

5 Sponsorship by a Family Member

If the E-2 visa holder has a close relative in the United States who is a citizen or green card holder, the relative could sponsor the investor for permanent residency while the E-2 investor continues to work on their business.

Obtaining visas and a permanent residency is a complicated and time-consuming process. Our experienced Austin, Texas visa attorneys can help you. Call us at (512) 399-2311.