Drunk driving is taken seriously in Texas, especially for undocumented immigrants or people who are in the United States on temporary visas.

In November 2015, the U.S. Department of State formulated a visa revocation policy that was clarified a year later.

The policy applied to people in the United States on non-immigrant visas who were arrested for or convicted of driving while intoxicated, or similar arrests/convictions, that took place within the previous five years.

The new policy does not apply if an arrest or a conviction occurred before the date of the visa application and was already been assessed in the context of a visa application.

In recent months, The State Department has been automatically revoking nonimmigrant visa stamps when visitors or other temporary nonimmigrants are arrested for drunk driving offenses.

In some cases, this has happened as soon as the day of the arrest. The policy is alarming because an arrest rather than a conviction is all that is needed to revoke a visa. 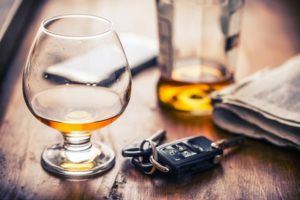 The revoking of the visa stamp means the foreign national must appear again before the U.S. Consulate abroad for an in-person interview before they are allowed to return to the United States.

The U.S Department of State attempts to justify the policy by stating drunk driving may be indicative of a disorder. It states:

“Driving under the influence indicates a possible visa ineligibility under INA 212(a)(1)(A)(iii) for a physical or mental disorder with associated harmful behavior that is likely to pose a threat to the property, safety, or welfare of the applicant or others in the future.”

If your visa is no longer valid to travel to the United States due to a DWI, the visa stamp in your passport will not be valid if you try to get back into the country.

A valid visa stamp is required to reenter the United States after travel abroad. If you leave the country after a DWI arrest you will be required to appear before an approved physician. The doctor will look for signs of alcohol or drug dependency or other factors that might make the visa holder a threat when in the United States.’

Most visa applicants will have to deal with the additional expense of legal fees for the criminal proceedings and the anxiety that these proceedings entail, as well as the expense and inconvenience of an additional trip to a U.S. Consulate overseas, a formal, evaluation by a doctor for alcohol or chemical dependency, a delay in the issuing of a visa and the embarrassment of explaining it all to an employer.

In the case of the holders of J visas, if a J-1’s visa is revoked, the Department of State will normally revoke any J-2 dependents’ visas as well. It’s not clear why this provision only applies to J-2 dependents or whether it may be extended in the future.

There are 14 programs under the J visa category. They include camp counselors, college students, and au pairs.

The prospect of automatic visa revocation for a DWI should alert visa holders to be particularly careful about drinking and driving in the United States. Always make sure to designate a driver who is not drinking alcohol.

If you have any questions or wish to challenge a visa revocation, please contact our Austin immigration attorneys at (512) 399-2311.