Increasing numbers of women are being incarcerated in the United States as the female prisoner rate rises across the country.

Recently the Associated Press noted how more women are being held in prisons across the country.

The report noted how the female prisoner rate increased more than sevenfold over the last three decades. Over the same period, incarceration rates of men rose at half that rate.

Men still make up the bulk of prisoners in the United States. Recent federal figures show 113,000 women incarcerated in federal and state prisons in 2014. The next year saw a small dip for both sexes. The Obama-era sentencing policies sought to shorten prison terms for nonviolent drug offenders to reduce the nation’s prison population. 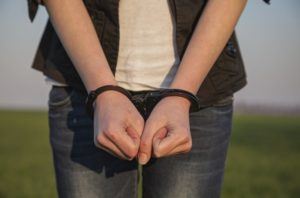 The spike in the numbers of women prisoners is of concern to welfare agencies and other groups.

“We talk a lot about racial disparities in our system, but for some odd reason, we’ve really not focused on women, and it’s been to the detriment of public safety.”

The agency noted the U.S. Conference of Catholic Bishops addressed a rising number of women in prison in their 2000 statement on criminal justice reform entitled “Responsibility, Rehabilitation, and Restoration.”

The bishops noted much of the increase in women in prisons was attributable to tougher drug laws.

Typically, these women were locked up for non-violent offenses. The Bishops noted many of them left children behind, often in foster care, when they entered prisons.

The spike in the female prison population over the last few decades is staggering.

In 1970, fewer than 8,000 women were incarcerated in American prisons. By 2014, that figure was up to 110,000, the Vera Institute reported. The most significant increases were seen in small or “midsize” counties.

There is a wide range of sentences for drug offenses in Texas but the state is tough on these crimes, we note on our website.

If have been charged with a drug offense or are seeking jail release, please contact our Austin criminal defense lawyers at  (512) 399-2311.