In recent years, international adoptions from countries like India and China have become increasingly popular in the United States.

Americans adopt more kids from overseas than any other country and the number of adoptions doubled in the 1990s, according to the Population Reference Bureau.

Part of this increase has been driven by a reduction in the number of children available for adoption in the United States. However, recent restrictions have curtailed adoptions.

These international adoptions have become increasingly difficult and harrowing, reported the New York Post in 2016.

In order to adopt children from abroad, adoptive and prospective parents must be in compliance with immigration procedures initiated through the United States Citizenship and Immigration Services (USCIS). 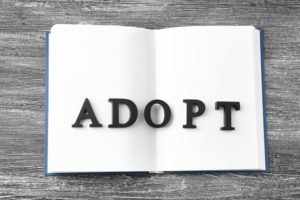 The process is described as intercountry adoption by USCIS.

USCIS points out adopting a child from another country is frequently a very complicated process. USCIS is responsible for:

It’s not enough to simply locate a child in a foreign country and go to the U.S. embassy to obtain a visa. Prospective adopters must comply with USCIS requirements. An orphan cannot be brought into the United States without a visa which follows the approval of a petition (form I-600).

The New York Post described how international adoptions were difficult in the past but became more complex after the United States started to enforce the provisions of the Hague Convention on the Protection of Children and Co-operation in Respect of Intercountry Adoption.

Specific adoption procedures vary from country to country. Most countries require a child to be legally recognized as an orphan or legally removed from their parent before they can be placed for adoption.

Most countries have adoption laws that require the full adoption of a child in the foreign court after he or she is declared to be an orphan or released by a living parent to an appropriate foreign authority.

When the adoption process is completed in the foreign country, the adoptive parent or parents can apply for an immigrant visa (IR-3) for a child adopted abroad. The equivalent document for a child to be adopted in the United States is IR-4.

The form must be applied for at an appropriate U.S. consular office abroad. As well as the notification of the approved I-600 petition from INS, specific documentation will be required for the consular officer to conduct an interview and issue a visa.

Adoption is a complex process. Our Texas family immigration lawyers can help you with every stage of the process. Read our success stories here or call us at (512) 399-2311.