Late last year, the U.S. Supreme Court heard arguments in a case that has been described as one of the most important immigration matters it considered last year. It related to the detention of immigrants without bonds.

The case started as a class action that was filed in California. It raises questions about whether the federal government has the power to deny some immigrants in detention the right for a neutral party to decide if they have the right to a bond.

Under the Immigration and Nationality Act, certain immigrants to the United States must be detained while their removal proceedings proceed. 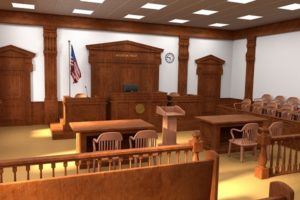 The U.S. Supreme Court tackled the issue of bonds for immigrants

However, some of them can be released on bond if they can demonstrate that they do not pose a flight risk or are a danger to the public.

The federal government detains many immigrants for extended periods without giving them an opportunity to request release on bond.

The case was brought by Alejandro Rodriguez, a lawful permanent resident who came to the United States when he was just one-year-old.

Immigration authorities held him in 2004 after he admitted misdemeanor possession of a controlled substance. He was sentenced to probation for the crime.

When Rodriguez wanted to be released on bond, immigration officials denied him the right to ask a judge. He was told he was ineligible for bond because of his controlled substance conviction as well as a joyriding conviction five years earlier.

The court report said Rodriguez was held for more than three years as he fought his immigration case, without once being allowed to request a judge for bond.

The refusal to allow him to seek a bond hearing flew in the face of his strong ties to the United States. His parents were U.S. citizens and he worked as a dental assistant.

He was eventually released from his detention but only after the American Civil Liberties Union (ACLU) filed a class action lawsuit. Rodriguez was subsequently granted cancellation of removal. He was allowed to remain in the United States as a permanent resident.

Court Rules in Favor of Hearings for Bonds for Immigrants

In 2001, the U.S. Supreme Court ruled that immigrants who are facing deportation from the United States should be held no more than six months in custody. The justices identified special circumstances in which an exception should be made. These include when immigrants pose a national security threat.

The Ninth Circuit has held that immigrants like Rodriguez, in addition to asylum-seekers who turned themselves in at the border, must be given bond hearings every six months. The onus is on the government to justify continued detention by presenting convincing evidence that an immigrant posed a danger to the community or a flight risk. The government challenged the decision and sought Supreme Court review, which was granted.

The American Civil Liberties Union accused the government of understating the time immigrants are held to bolster its case before a previous case more than 10 years ago.

Our Texas cancellation of removal attorneys can help you in bond and other immigration cases. Please call us at  (512) 399-2311  to learn more about our legal services.