Legislation seeking marijuana legalization has been submitted in Texas over the last few years. It has made little headway.

However, with a change in the national climate that was demonstrated in the November election when more states voted to legalize marijuana, the tide may eventually turn in Texas.

In 2016 bills intended to legalize cannabis in Texas failed. Another push is likely in 2017.

That’s not to say Texas hasn’t taken small steps toward change and decriminalization. For example, two years ago, Harris County’s district attorney brought in a “First Chance” policy in Houston. It allowed people who were picked up with small amounts of marijuana on them to be ticketed rather than arrested, assuming they were non-violent offenders. 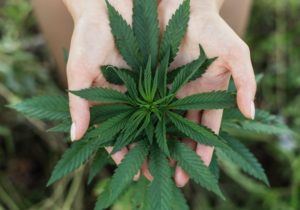 The pressure is on to legalize marijuana in Texas

Recently, Texas Senator Jose Menendez filed a bill to legalize medical marijuana in the Lone Star State.  People who suffer from chronic medical conditions such as cancer and Parkinson’s would benefit from the legislation.

The bill is not specific about quantities of pot that would be legal. A network of private dispensaries would distribute the drug to needy patients.

National pressures may have a bearing on Texas. On election day California, Nevada Maine, and Massachusetts joined Colorado and Washington in voting to legalize marijuana.

More than 20 states in the United States have legalized medical marijuana. However, the U.S. Supreme Court reaffirmed the illegality of medical cannabis in a 2016 ruling.

Marijuana is classified as an illegal “controlled substance” under federal law. In a unanimous 8-0 ruling, the Supreme Court ruled that patients with serious diseases who use the drug for pain release are doing so illegally, reported ABC News.

Many people who suffer from serious diseases say medical marijuana helps them cope with their conditions.  The medical community remains divided over the issue. An ABC report noted a government study concluded cannabis does ease pain and nausea but also delivers “harmful substances.”

If you are caught with marijuana on you in Texas, you can still face a serious sentence. However, the climate may be changing, depending on the success of bills in 2017.