Texas has upped the stakes in the immigration battle raging across the nation related to the holding of undocumented migrants who commit a crime. A new law passed in April means sheriffs who flout immigration rules will commit a crime.

The bill which is the first of its kind in the country passed in April after 16 hours of debate.

Texas is first state to pass legislation that creates criminal penalties for law enforcement officers who do not honor Immigration and Customs Enforcement (ICE) “detainer’ requests to hold people in local jails in Texas. Senate Bill 4 was passed on party lines. 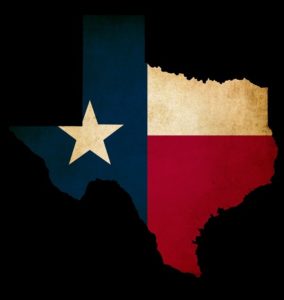 The law renders the failure to comply with ICE “detainer requests,” a criminal offense where people suspected of being undocumented immigrants can be held for up to 48 hours in local facilities so as ICE officers can collect them, reported Vice News.

Sheriffs Who Flout Immigration Rules Are Targeted by Texas Governor

In Texas, the bill was rushed through the legislature after Gov. Greg Abbott stated the elimination of sanctuary cities was a priority. He highlighted it as an emergency item in his State of the State address in late January.

We previously noted how Travis County Sheriff Sally Hernandez and Abbott were on a collision course over the sheriff’s refusal to honor ICE detainer requests in Austin.

Hernandez who was elected last November said her office would only cooperate with detainer requests for people arrested for serious felonies. Abbott took aim at her. He said:

“Elected officials don’t get to pick and choose which laws they obey. To protect Texans from deadly danger, we must insist that laws be followed.”

Under the bill, Hernandez and other sheriffs who flout immigration rules over ICE detainer requests would be charged with a Class A misdemeanor. It’s the most serious misdemeanor category in Texas. The law applies to other law enforcement officials and administrators.

There is some disagreement about whether the Texas law is enforceable and it might be subject to a legal challenge.

In 2014, the Third Circuit Court of Appeals held ICE detainers are mere requests. In other words, they are voluntary and not enforceable. However, Texas is in the Fifth Circuit.

Texas Senator Charles Perry (R-Lubbock), who carried the bill through the Senate said Texas is not bound by that court’s ruling.

However, Harris County Sheriff Ed Gonzalez, spoke against the bill at a rally.

He said the measure is not something Texas should aspire to be. Representatives from the Dallas and Bexar County Sheriff’s Departments were also at a rally in April to protest the measure.

The legislation puts Texas at the forefront of the immigration debate. It remains to be seen if it’s legal.

If you are impacted by an immigration matter in Texas, please call our experienced immigration team at (512) 399-2311.