As experienced immigration lawyers, we are very conscious about the importance of filing papers. In some cases, a failure to file papers can be the difference between deportation and staying in the United States.

We were saddened to read a New York Times story about a man who was adopted from South Korea nearly 40 ago. He is in an immigration detention center in Washington State awaiting deportation because of his American parents’ failure to file papers years ago.

Adam Crapser is 41. He built a life in Oregon, married and raised children in the United States. 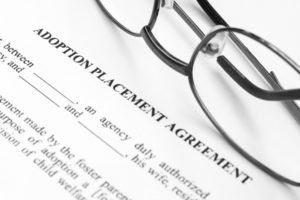 The fact Crasper has a life here in the United States meant little to the immigration authorities who are deporting him to South Korea, a country where he has not lived since he was three-years-old. He will be reunited with his biological mother in a small town more than three hours outside of Seoul.

Crasper was reported to be reconciled to returning to South Korea.

His case is not unique. Deportation can take place when people who lawfully entered the country when they were adopted were not naturalized by their adoptive parents.

Failure of Parents to File Papers is Widespread in Immigration

The scale of the problem is highlighted by the Adoptee Rights Campaign, an advocacy group. It claims as many as 35,000 people in the United States were adopted by American couples but still lack citizenship. Failure to file papers is widespread.

However, the law did not benefit Crasper. It was not retroactive and did not benefit adoptees who were legal adults. Crasper missed the cutoff date because he was over 18.

The New York Times report said Crasper was adopted by American parents who turned out to be abusive. He was put up for adoption again six years later, but the second adoptive parents were also abusive. Both families were culpable of a failure to file papers.

Crapser did not realize there was a difference between being a permanent resident and a U.S. citizen until he was reunited with his sister, a naturalized citizen, four years ago.

Deportation proceedings began in 2012 shortly after he applied for residency documents and the authorities learned he had a criminal record.

At Peek Law Group , our experienced family immigration attorneys help people who are facing deportation or other immigration issues in Austin, Round Rock, Georgetown and other areas. Call us for a consultation at  (512) 399-2311 and read our Texas immigration success stories.