It’s no secret that police in Texas are tough on drunk drivers. Enforcement is even more zealous during so-called no refusal periods at times of the year when drivers are more likely to be consuming alcohol.

The police department enforced no refusal from 9 p.m. until 5 a.m. over the Christmas and New Year period. The station reported of 230 people who were arrested for DWIs, 39 had previous convictions and three had children in the car when they were pulled over. 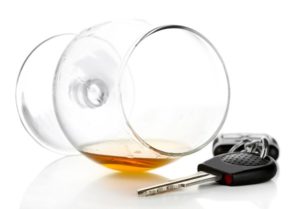 During no refusal periods, police departments in Austin and elsewhere use an expedited process to obtain blood search warrants to test anyone who refuses a breathalyzer test.

No refusal tactics are frequently used during holiday weekends throughout the year when drunk driving typically spikes.

The name of the campaign is somewhat misleading. Rather than meaning defendants don’t have a right to refuse a test, it means a refusal will not prevent a law enforcement officer getting a warrant to test your blood.

If a defendant refuses to provide a breath or blood test during a no-refusal period, the process for obtaining a blood test is speeded up.

Usually, if an officer suspects you are driving drunk, you will be asked to take a field sobriety test or submit to a breath or a blood test. You can either agree or refuse. If you agree, you are given the test.  If you decline the tests, a search warrant must be obtained for the police to take a sample of your blood.

Texas has an implied consent rule that means you are agreeing to a breath or blood test if you get behind the wheel of a car.

If you refuse to take a test, evidence of the refusal can be used against you in court and your license will be suspended for at least 180 days.

An experienced Texas DWI defense lawyer can advise you of your rights and help you when arresting officers have acted in an improper or unlawful fashion.