People seeking asylum have often come from war-torn nations like Syria or Somalia where they are fleeing religious persecution or violence.

However, the case of Amos Yee, a teenage Singaporean blogger who calls himself the “poster boy for free speech,” may test the U.S asylum laws.

Yee was jailed twice in Singapore for blog posts that were critical of the country’s late founding leader Lee Kuan Yew and religion. He is detained in the United States while seeking political asylum.

Melissa Chen, an American-based Singaporean civil activist involved in Yee’s asylum attempt, told This Week in Asia the teenager was detained after landing at O’Hare Airport in Chicago on December 16. 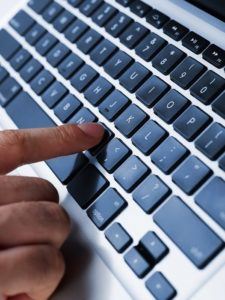 Yee entered the US with a tourist visa. He was detained after undergoing a secondary screening. He informed border control officers he was seeking asylum.

The New York Times reported Yee is set to make a plea to authorities that’s similar to the one that Donald Trump made during the election campaign, namely that political correctness is damaging his country.

At a time when Singapore was mourning the death of Lee Kuan Yew, the father of the modern nation, Yee was making videos criticizing him as a totalitarian. He also made disparaging comments about Jesus Christ and condemned Islam.

Yee’s videos were taken down by the authorities in Singapore. He was sentenced to a six-week jail term last September. He pleaded guilty to six charges of deliberately creating social media posts that denigrated Islam and Christianity. It was his second prison term in a year.

Singaporean dissidents have sought asylum before in the west. Francis Seow, a former solicitor general who became deeply critical of the government, fled Singapore in 1988. He was successful in seeking asylum in the United States.

Asylum may be sought by those fleeing persecution in their own countries on the basis of race, religion, political views, social, national factors or membership of a persecuted group. The asylum office in Texas is based in Houston. See our resources on asylum here.