The latest information available in a TRAC report found criminal prosecutions for offenses like illegal entry, illegal re-entry and other violations made up 52 percent of all federal prosecutions in FY 2016.

There were 69,636 prosecutions over the 12 months that ended in September 2016, compared to 63,405 prosecutions for other major federal crimes such as drug trafficking, weapons offenses and white collar crimes like frauds.

Transactional Records Access Clearinghouse (TRAC) stated the figures were obtained after lengthy litigation against the U.S. Department of Justice. 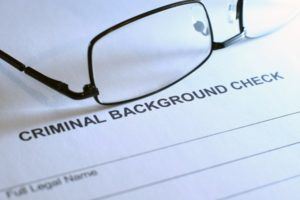 TRAC recorded a significant reduction of 15.3 percent from the levels of five years ago when there were more than 82,250 immigration-linked prosecutions.

However, prosecutions for immigration offenses are considerably higher than a decade ago. In 2006, 37,529 were reported.  That’s an increase of more than 85 percent.

The trend raises questions about why the number of immigration offenses has risen so dramatically.

According to the Pew Research Center, the dramatic growth in offenses that ended up in sentences in federal courts was driven by enforcement of one immigration offense -unlawful reentry into the country.

From 2005, U.S. Border Patrol stepped up its enforcement efforts at the border between the United States and Mexico. Before 2005, immigrants who were picked up at the border were routinely allowed to return to Mexico rather than facing a criminal penalty.

The Pew Center data found the increased rising number of convictions for unlawful reentry offenses changed the offense composition of federal offenders. In 2012, for example, immigration offenses represented 30 percent of offenders, compared to 5 percent in 1992.