The definition of the term a “crime of violence” and its use to expel migrants to the United States was discussed by the U.S. Supreme Court in September 2017.

The case of Sessions v. Dimaya,considered whether the authorities can use the definition “crime of violence” to expel an offender whose crime involved no violence.

The case goes to the heart of the immigration statutes that control whether thousands of undocumented immigrants and green card holders are deported every year. 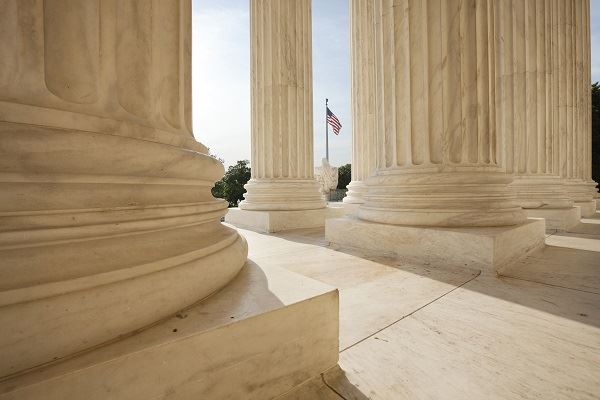 Supreme Court considers definition of a crime of violence

During September’s hearing, Justice Neil Gorsuch noted the due process clause does not include the criminal/civil distinction used by the government. He said under the Constitution:

“The Due Process Clause speaks of the loss of life, liberty, or property. It doesn’t draw a civil/criminal line, and yet, elsewhere, even in the Fifth Amendment, I do see that line drawn, the right of self-incrimination, for example.”

Deputy Solicitor General Edwin Kneedler argued that the federal government has traditionally enjoyed broad discretion in the enforcement of the immigration laws.

James Garcia Dimaya is a lawful permanent resident. He immigrated to the United States from the Philippines in 1992. He was convicted of burglary on two occasions but the offenses did not involve violence.

This cut little ice with the immigration court and the Board of Immigration Appeals. They concluded that the convictions were for “crimes of violence,” and Dimaya was removed from the United States. Dimaya later appealed the board’s order to the U.S. Court of Appeals for the 9th Circuit

The Washington Post noted many of the Supreme Court justices including Gorsuch seemed uneasy about the vagueness of the immigration statutes as related to the definition of a crime of violence.

The decision in the case could have wide-ranging implications. The Post noted if the highest court in the land is to tighten up terms such as “crime of violence,” it may have implications for even more vague terms like “sanctuary city.”

While the Trump administration has taken aim at sanctuary cities, this is not a term that’s even defined in any laws or regulation and has been used vaguely.

While the president and Congress have discretion in the immigration realm, its discretion is not unlimited. The courts have the last say.

If you or a family member is facing possible deportation, please contact our experienced Austin family immigration lawyers.