Leaving the scene of the accident is a serious traffic offense in Texas, even if the wreck involved no injuries.

Last year, Round Rock police charged a driver with leaving the scene of a wreck after his vehicle hit a train at McNeil Road and the Interstate 35 frontage road.

Police said no injuries were caused. Officers received a call about a collision between a Union Pacific train and the car. They searched local hospitals to find the driver who was involved in the collision, reported The Statesman.

Police located a damaged vehicle at the corner of Logan and South Mandell streets in Round Rock, approximately a mile south from the collision.  The driver abandoned his car and was located at Buck Egger Park off South Mays Street. 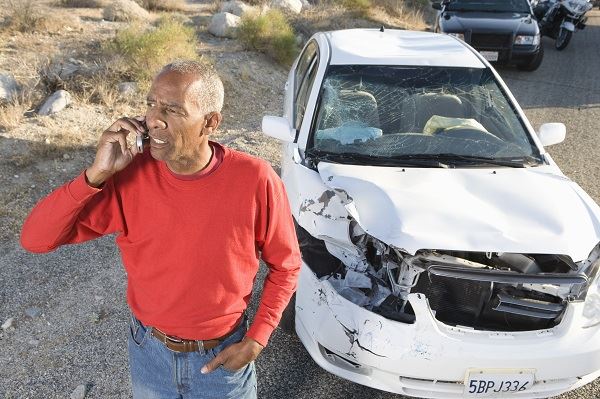 Leaving the scene of an accident is a serious offense

Although no injuries were reported in this case, many drivers are accused of leaving the scenes of accidents involving serious injuries and even deaths.

In August 2017, a woman in her 40s was fatally hit by a pickup in a hit-and-run crash in Fort Worth, according to police.

Officers were called out to the intersection of Euless South Main Street and Trinity Boulevard where they found the woman lying in the street badly injured.

A report in the Star-Telegram stated witnesses told police the woman was struck by a white pickup truck as she attempted to cross the intersection. The truck had a green light and it failed to stop after hitting the woman, according to police.

The Consequences of Leaving the Scene of an Accident in Texas

Hit and run is also known as leaving the scene of an accident in Texas. It’s a very serious offense when a vehicle crash involves death, injury or even property damage.

The offense ranges from a misdemeanor to a felony, depending on the degree of damage or injury.

Under Texas Transportation Code § 550.021, failing to stop after an accident that causes death or serious injury is punishable by two to 10 years in prison and a fine of up to $10,000.

Fleeing an accident involving injury can result in you spending up to five years in prison and a fine of up to $5,000.

If you leave the scene of an accident with property damage, you can be charged with a Class B misdemeanor if the property damage is worth more than $200. You can serve up to 180 days in jail and be fined up to $2,000.

An accident involving damage less than $200 can result in a Class C misdemeanor punishable by a fine of up to $500.

You should never leave the scene of an accident. Investigators can charge you with leaving the scene of a wreck if they can show you were driving the vehicle. They will use evidence such as license plate numbers, traces of paint from the scene, or witness statements.

If you have been charged with this crime, please call our Austin and Round Rock criminal defense lawyers at  (512) 399-2311.