The question of whether immigrants can be held for indefinite periods in detention centers again came before the U.S. Supreme Court in October as the justices looked at whether detentions should be reviewed by a judge.

The Washington Post noted a divide between liberal and conservative judges on the question in the case of Jennings v Rodriguez.

It was the second time the nation’s highest court heard arguments in the case which has been hailed as one of the most important immigration cases to come before the U.S. Supreme Court in recent years. Last term, an evenly divided court lacking one member was deadlocked.

The Washington Post noted the liberal justices on the Supreme Court dominated discussions about the indefinite detention of immigrants facing deportation.

At issue is whether immigrants slated for deportation have a right to a bail hearing and potential release after six months if they do not pose a flight risk or a danger to the public. The hearing could impact thousands of immigrants being held in detention centers as they await possible deportation. 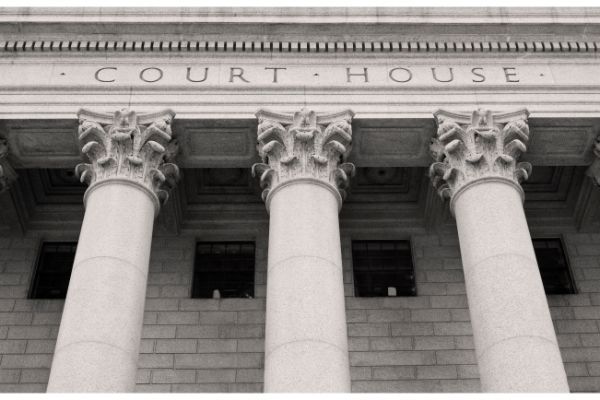 The conservative justices were skeptical about whether the high court should be setting firm deadlines for hearings in the immigration courts.

The court heard from attorneys in the Justice Department that noncitizens – documented and undocumented – had no constitutional rights in the U.S.A.

A lawyer for the Justice Department told the high court that noncitizens — whether documented or undocumented immigrants — have no constitutional right to be in the United States.

Justice Neil M. Gorsuch who has joined the bench since the last hearing is expected to cast the deciding vote.

Previously, the U.S. Court of Appeals for the 9th Circuit ruled immigrants who are fighting deportation should be given bond hearings if they have been held for over six months.

Justice Sonia Sotomayor mounted a strong case for bond hearings. She said noncitizens are languishing for years in detention centers, a situation she branded as “lawlessness.”

This case remains one of the most important immigration battles currently in the courts. It could have a major impact on the Trump administration’s immigration agenda.

If you or a family member is fighting deportation, please contact our Texas immigration lawyers.