As violent crime spiked in Fort Worth in 2017, police sought to curtail a spate of shootings with a gun buyback program. However, Fort Worth police came were also accused of selling firearms to the public.

A report in Reveal News noted police announced a buyback program in May 2017. At one event over the summer of 2017, police offered a $50 gift card to anyone who turned in a gun in an Aldi parking lot.

Reveal News stated a group of people nearby sought to outbid Fort Worth police. 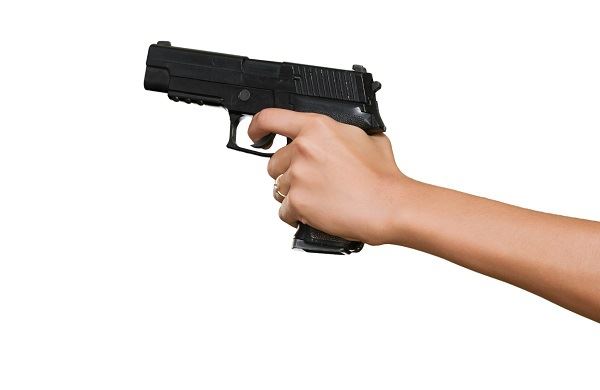 Fort Worth police are accused over guns

Over the last decade, the department sold more than 1,100 of its used firearms to licensed gun dealers. Those dealers then sold them to the public. It seems Fort Worth wasn’t the only police force to do this.

Reveal and the Texas Standard found that 21 of Texas’ 50 largest law enforcement agencies routinely sell used guns to the public. At the same time as the police are conducting buybacks to get these weapons off the street, they are effectively setting up a pipeline of guns going back into communities which are seeing rising homicides.

The investigation revealed some of these former police weapons are high powered firearms.

They are carefully maintained, fairly new and often come at a nice discount. Military-grade weapons are even available.

Hundreds of guns and semi-automatic rifles were offloaded whether from the Garland Police Department or the Texas Parks & Wildlife Department. They included Mini-14 and AR-15 weapons.

The Dallas Police Department sold Colt Commando assault rifles.  The Hidalgo County Sheriff’s Office offloaded an Uzi among prospective buyers and sold it for a mere $250. It’s a model that could fetch over as much as $3,000.

These police departments sell their firearms to help them afford new ones. In stark contrast, agencies such as federal Bureau of Alcohol, Tobacco, Firearms and Explosives destroy their weapons. The agency cites public safety.

The extent to which these ex-police guns are used in crimes is unclear, reported Reveal.

The public used to know when former police guns were used in crimes. Since 2003, a law passed by Congress has prohibited the release of trace information.