Governor Greg Abbott signed legislation that signaled a Texas sanctuaries cities crackdown in the summer of 2017.

The legislation proved controversial and sparked legal challenges. However, some commentators want to see it used as a national template.

Writing in The Hill, Jackson County Sheriff A.J. (Andy) Louderback, a four-term sheriff and past Sheriffs Association of Texas president, argued federal and local agencies should work closer together in immigration issues.

The new law is controversial because it allows police officers to ask the immigration status of people they pick up.

It also prevents local officials from defying detainer requests issued by Immigration and Customs Enforcement (ICE). Officials such as sheriffs or police chiefs who fail to honor federal detainer requests to hold suspected undocumented immigrants face being hit with a fine of $4,000 or up to a year in prison. Sheriffs, police departments, Texas cities, and even college authorities can face civil penalties of up to $25,500 a day. Officials may even be removed from office under the law. 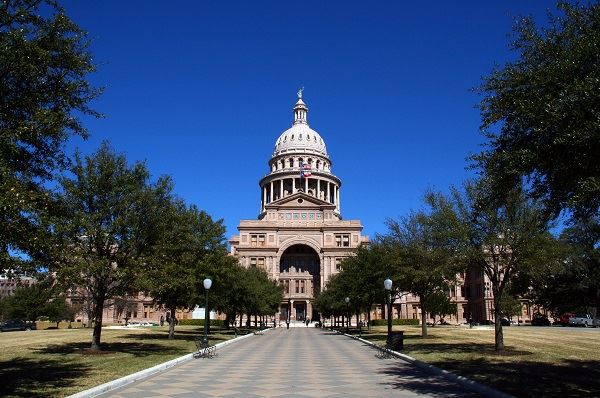 Will Texas Sanctuary Cities Crackdown Be a National Blueprint?

Louderback wrote about how local and state governments routinely cooperate with federal law enforcement officials in single every area of the law except for immigration. He wrote:

“Today when it comes to immigration enforcement hundreds of communities across the nation have prohibited information sharing between local police and Immigration and Customs and Enforcement (ICE).”

Louderback said this approach is a break from what Congress intended when it enacted the Illegal Immigration Reform and Immigrant Responsibility Act of 1996. The legislation states that a state, federal, or local government entity may not prevent another government entity from either sending or receiving information about an individual’s immigration status.

The article and the Texas legislation takes aim at so-called “sanctuary cities.”

Although the term is an imprecise one, some Texas jurisdictions have been branded sanctuary cities.

They include Austin where Travis County Sheriff Sally Hernandez pledged not to honor detainer request made by agents from U.S. Immigration and Customs Enforcement (ICE) unless they relate to defendants held on serious criminal charges.

Austin police also vowed not to ask the immigration status on people they arrested in comments made prior to the enactment of S.B. 4, the anti-sanctuary cities legislation.

He said laws like Texas’ anti-sanctuary city law S.B. 4 will act as a deterrent.

“This law should be a model for other jurisdictions across the country when it comes to cracking down on sanctuary policies and boosting the relationships between state, local and federal law enforcement officials.”

As a Texas sheriff who works on U.S. 59, a major human trafficking corridor, Louderback said a working relationship between local and federal authorities was vital to tackling a major problem.

If you need help with an immigration issue, please contact our Austin-based attorneys at (512) 399-2311.