Immigration is at the forefront of the reform agenda under Donald Trump’s administration. It’s making a wide range of people suffer from immigration fears including undocumented immigrants and couples who are planning to marry.

Recently, The Boston Globe highlighted how many couples in which one party is a foreign national are scrambling to tie the knot.

The article said even people who aren’t from countries covered in Trump’s attempted travel bans earlier this year are considering speeding up their wedding plans. 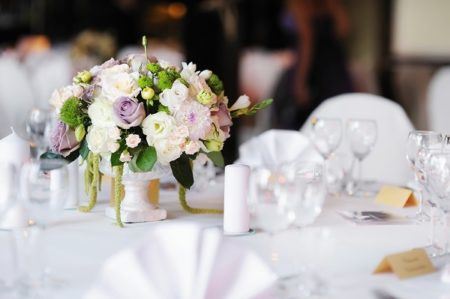 The number of people who obtained green cards through marriage to a US citizen rose 7 percent between 2013 and 2015, according to figures from the Department of Homeland Security.

Although more recent data is not available, the Globe article suggested the trend is likely rising since the election in November.

From November to mid-March, more than 1,800 marriage licenses were filed in the city of Boston. That’s a fifth higher than over the same time period the year before. While Boston does not track the citizenship of those applying for marriage licenses, officials noted an increase in immigrants getting married.

Lawyers said more couples are signing prenuptial agreements. However, there are concerns that these agreements can complicate the situation when immigrants are marrying U.S. citizens.

When a prenuptial agreement is drawn up that keeps those assets separate it could be more difficult to prove a marriage is bona fide.

Federal law may also impact prenups. U.S. citizens marrying foreign nationals sign an affidavit agreeing to financially support their spouse, if necessary, until he or she becomes gains US citizenship or has worked for the equivalent of 10 years in the United States.

Obtaining a Green Card Through Marriage

One of the most common ways foreign citizens obtain a green card is through marriage. The immediate relative category is given special immigration priority.

Spouses, unmarried children under 21 and parents if a citizen sponsor is over 21, are included in this category, states U.S. Citizenship and Immigration Services.

Although these categories have priority, the new administration’s restrictive stance on immigration has made spouses more uncertain about their future. Obtaining a green card via marriage is a complicated process. Our Austin family immigration lawyers can help you. Please call us at (512) 359-3362.