The Trump administration has sought to impose two travel bans against predominantly Muslim countries. Both have been challenged in the courts and held up. Now the revised travel ban will be considered by the U.S. Supreme Court.

In June a second federal appeals court held up the revised travel ban, reported Bloomberg. The Supreme Court took up the case and allowed some parts of it to go ahead, reported The New York Times.

A report on NBC News stated the Trump administration saw the U.S. Supreme Court as offering the best hope of granting what the lower courts have so far denied — permission to implement the president’s executive order on travel. 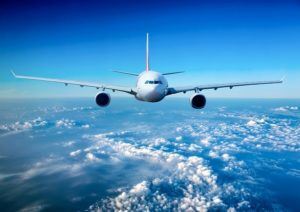 The Travel Ban will be heard by the U.S. Supreme Court

The government filed papers in early June appealing to the justices of the highest court in the land to take up its appeal.

It also wants to be allowed to enforce the contentious travel ban while the court decides whether to it will a full argument later on the legal merits of the case.

The NBC report said the Trump administration has some grounds for optimism. Now that the U.S. Supreme Court is back at full strength with the arrival of Neil Gorsuch, it is the most conservative body to consider the travel bans to date. The court has a reputation for deferring to presidents on national security issues.

However, the highest court in the land faces a tight timetable to consider the travel ban.

The initial travel ban that followed an executive order in February caused chaos at airports. Travel was blocked from seven mainly Muslim countries.

After President Donald Trump’s first order was blocked in the courts, the president signed the second one, imposing a ban on travel from Sudan, Iran, Syria, Libya, Somalia, and Yemen for 90 days. Iraq was removed from the original list.

During the travel ban period, the federal government was to assess the reliability of background information from the six countries that the State Department relies on to evaluate whether to issue a visa.

The second ban was also blocked by the courts. The order has never been enforced and the government faces an uphill task to persuade the justices it will be permanently harmed if it can’t start enforcement right away.

NBC spoke to Prof. Steve Vladeck, a federal courts expert at the University of Texas at Austin.

He said in June it could take months before the U.S. Supreme Court conducts a full hearing into the executive order’s legality. He said:

“It’s going to weigh heavily on the minds of the justices just what it would mean to put the order into effect now, especially when we’re looking at such a lag time on when the court might hear courtroom argument.”

The original travel ban was intended to prevent refugees from the affected countries for 120 days. In the chaos after the ban even some green card holders were affected.

The swift intervention of the courts meant normality resumed quickly, but long-term concerns linger for visa holders and other people from the impacted countries who live and work in the United States.

If you been impacted by federal reforms in the immigration system, please contact our experienced Texas immigration lawyers here.