As more undocumented immigrants are detained, concerns have spiked over the standard and adequacy of medical care being given to detained immigrants.

In a letter to John Kelly, the Homeland Security Secretary, 12 senators — 11 Democrats, plus independent Bernie Sanders of Vermont — complained they received complaints about poor medical services for detained immigrants.

Hundreds of thousands of foreign nationals pass through immigrant detention facilities every year. Many of them are in Texas.

The lawmakers said they were concerned after they heard numerous reports of detainees being hospitalized due to delays in treatment, or because they failed to receive needed medication. The politicians said they were alarmed about the lack of treatment plans for people with serious mental illness after they were released from detention facilities. 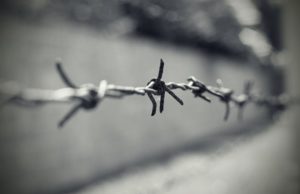 medical care of detained immigrants is under scrutiny

The Senators are worried by reports of deaths of undocumented immigrants while in the custody of Immigration and Customs Enforcement (ICE).

In their letter, they requested Kelly to respond within 30 days, detailing how newly arrived detainees receive treatment at the centers and how those who are released are evaluated to ensure continuity of care.

The senators are also seeking more information about the handling of detainees’ health complaints including how medical needs such as dialysis and blood transfusions are dealt with and whether the centers are providing child wellness and preventative care.

Deaths of immigrants at detention centers have been an issue of concern for years. We recently detailed the case of Jose Jaramillo who collapsed at an infamous correctional center in New Mexico. He was incarcerated for illegally entering the country.

He never fully recovered and died a few years later of complications. A report in the Guardian described a systemic failure to give him medical care. An undiagnosed infection turned to sepsis and later to pneumococcal meningitis.

More recent deaths of immigrants in custody have alarmed the politicians. In the VOA News report Theo Oshiro of Make the Road New York referenced troubling accounts from community members of dangerous and unhealthy conditions in many immigrant detention facilities.

Oshiro said eight people have died in ICE custody since last October. Seven of them were being held in private, for-profit detention centers.

If you or a loved one is being held in a detention center, you have rights. An experienced Austin family immigration lawyer can help you. Please call us at (512) 399-2311.